Today we’re taking a look at Guns N’ Roses and I’m giving my top songs from their Studio albums. 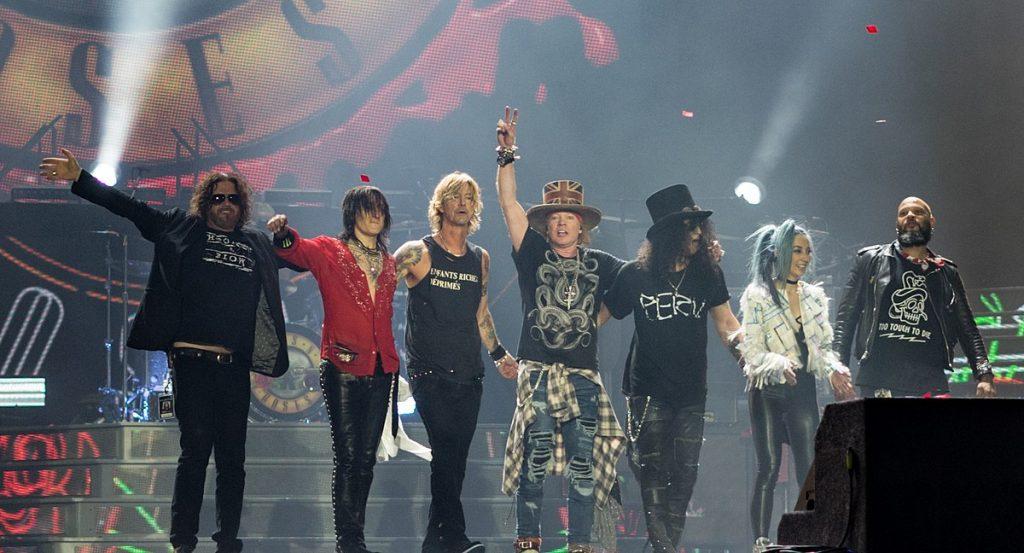 Guns N’ Roses are a hard rock band formed in 1985 Los Angeles, California. There was some chopping & changing of members in the beginning until what is considered the classic GnR lineup was established. Featuring Axl Rose on vocals, Slash on lead guitar, Izzy Stradlin on rhythm guitar, Duff McKagan on bass & Steven Adler on drums.

Their debut album “Appetite For Destruction” was released in 1987 & became the best selling debut of all time. By the early 90s Steven Adler had been fired for drug problems & was replaced by Matt Sorum. Izzy Stradlin left the band & Gilby Clarke took his place & keyboardist Dizzy Reed was added. By 1997 the majority of the band had quit largely due to creative differences leaving Axl Rose the only original member for the next 19 years.

The majority of the bands output appeared before 1994 with only 1 album having been released in the last 25 years. For a band that is active that’s quite a feat. By 2016 Slash & Duff rejoined the band & the subsequent “Not in This Lifetime… Tour” that followed would become the second-highest-grossing concert tour of all time. The tour was also the 1st time Axl, Slash & Duff had shared a stage in 23 years. 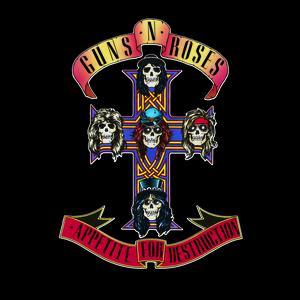 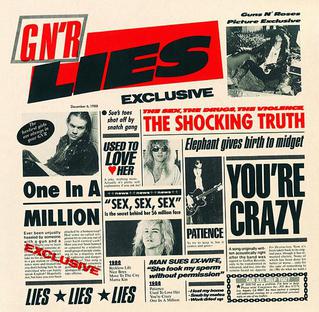 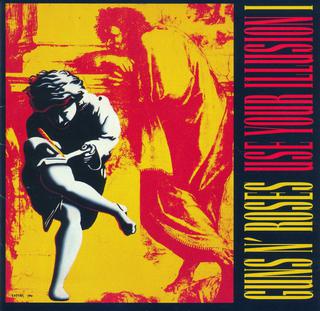 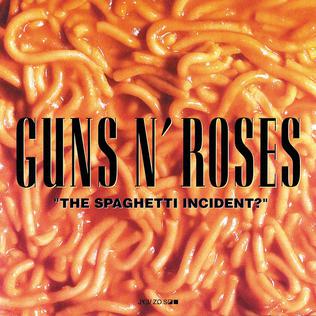 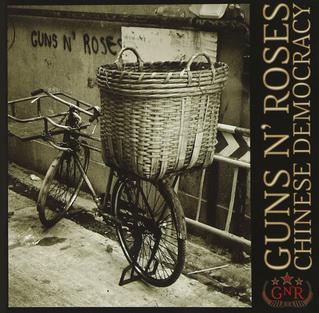 Guns N’ Roses debut album was released in July 1987 and while it gained a little exposure it wasn’t till the following year & a chance play of “Welcome to the Jungle” on MTV that the album took off. The album became the best-selling debut album of all time selling in excess of 30 million copies. It was re-released in 2018 as a remastered box set. The majority of bands don’t sell that many albums in their entire career.

It was during the recording of this album that a frustrated Slash found his signature guitar sound when he was gifted a 1959 Gibson Les Paul Standard replica.

Ranking this I’d say this belongs 1st. This album achieved so much taking the band from nothing to World domination.

Key songs: One In A Million, Patience

Guns N’ Roses 2nd album.. This one is short for what most would consider an album. What should be noted with this release is that the 1st 4 songs are live recordings from 1986’s “Live ?!*@ Like a Suicide” EP. The last 4 songs are the only new material here. This album was the last before drummer Steven Adler was fired from the band.

The 4 new songs on this album are more acoustic/electro-acoustic sounding. The version of “Crazy” on this is an acoustic version of the same song from their debut. The 2 choices below see Axl opening both songs with Whistling intros which is a nice touch & not many bands pull it off so well. Think Scorpions “Wind of change”, The Clash “Jimmy Jazz” to name a couple of well-known ones.

Ranking this album I’d put it last! It’s not that it’s a bad album, it’s more like 2 EPs combined. Just the shortage of material is why it’s ranked last.

One In A Million
Patience
Back to Albums

Guns N’ Roses 3rd album. The Use Your Illusions albums are 2 separate albums but were released on the same day in Sept 1991. You can’t really call I & II a double album when they are 2 separate albums you can buy independently. During the 1st week of sales, this album actually sold less than the 2nd one. This was partly due to the lead single “You Could Be Mine” being on UYI II. I also imagine people with limited money made a choice not to buy both at the same time.

A number of the songs on this album were written in the bands earlier years & for the 1st time, there are songs sung by other members of the group, namely Izzy Stradlin who sings on 3. Izzy would leave the group during the touring of UYI. The 1st choice below is a cover of the famous Wings song “Live And Let Die” written by Paul & Linda McCartney. The song did well for Guns N’ Roses winning them an award for best hard rock performance.

Notable songs “November Rain” which clocks in at around 9 minutes & is easily one of Guns N’ Roses most popular songs. The songs music video was the 1st to receive one billion views on YouTube. The final song on this album is “Coma” which is also the bands longest song & is about members of the group and their drug overdose experiences.

Ranking this album, I’d place it 2nd overall. It’s closer to Appetite For Destruction in terms of how hard it rocks.

Key songs: Civil War, Knockin’ On Heaven’s Door, Estranged, You Could Be Mine

Guns N’ Roses 4th album. Released on the same day as the previous UYI album. This album also features a cover song & this time it’s of Bob Dylan’s “Knockin’ on Heaven’s Door,” which became a huge hit for the band. The band had already been playing it live for years so it made sense to record it. This album is more popular that UYI I but that is partly because the lead single “You Could Be Mine” is on it & it was featured in the movie Terminator 2: Judgment Day.

One song which makes an appearance from the 1st UYI album is “Don’t Cry” but featuring alternative lyrics. Elsewhere on here, you’ll find Duff McKagan on vocal duties on “So Fine” & Izzy Stradlin on “Pretty Tied Up”.

Between the 2 albums I & II recording/mixing took roughly 20 months partly due to the 1st mixes being scrapped and starting over with new engineer Bill Price who had previously worked with the Sex Pistols.

Key songs: Since I Don’t Have You, Down On The Farm, Human Being, Ain’t It Fun

Guns N’ Roses 5th album and this time it’s an album of covers. At the time this came out it felt rather cobbled together & didn’t really sell that well but it does contain some gems. After this album lead guitarist Slash would exit the band in 1996, bassist Duff McKagan a year later, leaving Axl Rose as the sole original member for the next 19 years.

On my choices below, “Since I Don’t Have You” originally by The Skyliners is what I would call a perfect cover song. If you’re going to cover songs you have to do it better really & this doesn’t disappoint. On “Ain’t It Fun” originally by Rocket from the Tombs Slash’s guitar intro is one of the best I’ve heard him do. “Down On The Farm” is just simply a song I’ve always loved from the 1st moment I heard it even though I’d never heard the original U.K. Subs version.

Ranking this, this one belongs 5th. A few of the covers are a bit iffy but overall it’s well worth getting acquainted with.

Guns N’ Roses 6th album. At an estimated $14 million in production costs, it is the most expensive rock album in history. There are a couple of songs on here that stand up to the GnR back catalogue. On the other hand, there are a few songs you might feel like skipping past. By the time this album came out the World had changed, people didn’t really buy albums that much anymore & with the number of times this album was reported on in the several years running up to its release people grew tired of waiting.

In 1999 guitarist, Brian May of the band Queen recorded lead guitar for “Catcher in the Rye”, but his performances were cut for whatever reason. This is a shame given GnR played at Freddie Mercury’s (Queen’s lead singer who died of AIDS in 1991) tribute concert in 92 & there’s somewhat of a history there. It’s still a great song but knowing he was playing on it would have meant a lot more to me.

If I was to rank this overall in their back catalogue I’d place this 4th. It has its moments but it’s not consistent.

Shackler's Revenge
Catcher In The Rye
Back to Albums

There have been stories of potential new material in the future but whether it will happen in our lifetimes is anybody’s guess! We are after all talking about a band that has only put out 1 album in the last 25 years. Honestly, I don’t think new material would take anywhere near the amount of time Chinese Democracy took to create as they seem like a well-oiled machine once again since Slash & Duff rejoined in 2016.

If you’re looking for more info on Guns N’ Roses, this is their Website Link. Their Twitter page is here. If you want to read more about the history of the band look here Wikipedia Article.