Today we’re taking a look at Placebo and I’m giving my top 14 songs from their 7 Studio albums. 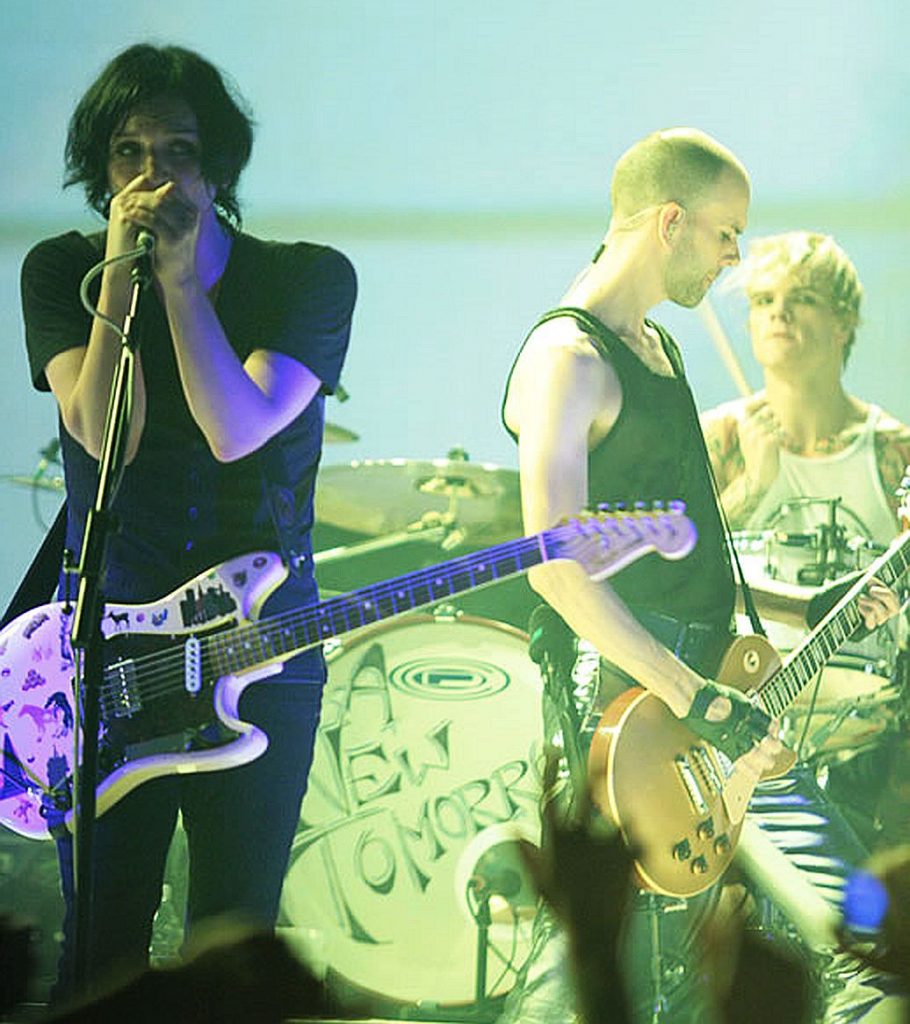 Placebo’s beginnings go back to 1994 when Brian Molko and Stefan Olsdal met at a tube station in London. They both attended the same school but had never spoken to each other before. Brian asked Stefan if he’d like to watch him perform at a local club and being impressed with his performance the two hit it off. Initially calling themselves Ashtray Heart before changing their name to Placebo & the rest is history 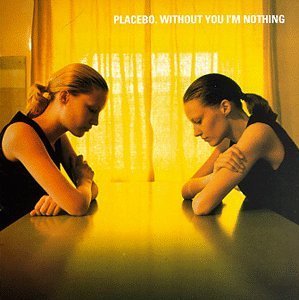 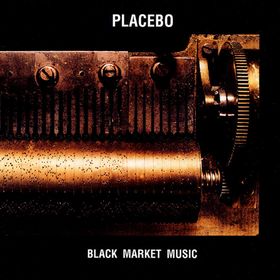 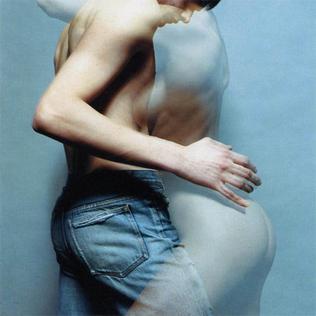 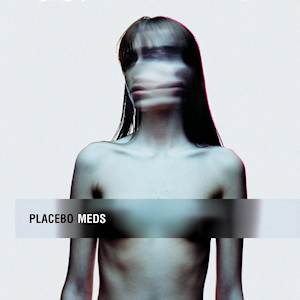 Most of the songs were written in 1995 & a few demos of those early versions exist on youtube. This is the only album to feature original drummer Robert Schultzberg. Conflicts between him & Brian Molko meant that it just wasn’t going to work & he was replaced afterwards by Steve Hewitt who happened to be the bands preferred choice for original drummer but was playing with another band at the time.

I was 16 when this came out and it was their unique sound that immediately caught my attention and the band became an instant favourite of mine. “36 Degrees” is probably my favourite song on the album. It wasn’t always this way and “36 Degrees” was a relatively recent new favourite after revisiting the album after many years. There’s a few songs worthy of being in my picks below but I chose the 2 which currently stand out to me. “Nancy Boy” is the song that exploded the bands popularity but it was “Bruise Pristine” that happened to be the bands 1st single and is still one of my favs.

Placebo’s 2nd studio album. After the success of their debut the band signed to major record label Virgin & got to work on the follow up. What is instantly noticeable about this album is the sound & songs on this album are immediately more mature than the predecessor with a darker feel to them.

The heaviest song on this album is “Brick Shithouse” which may not appeal to newer fans. Across the album no matter where you climbed aboard the Placebo train there is something for everybody. At the very end of the album there’s a strange message that was left on Brian’s answer machine which some may find amusing.

The 2 girls on the cover of the album are twins Sarah & Sally Edwards who turned up for a photo shoot in 1998 along with several other groups of twins. They had no idea they were going to appear on the cover of what would become such a huge album.

I got excited about this release and bought the singles as well as the album at the time. The single for “You Don’t Care About Us” has a cover of T-Rex’s “20th Century Boy” on it which you can find on our B-Sides page.

Placebo’s 3rd studio album. Black Market Music took 9 months to record due partially to the bands drug use at the time. Not that it was that long since the previous album really compared to more recent albums where there’s been 3 year gaps & now 5 years since the most recent one.

This album was a big deal for me when it came out.. Definitely an album that came at the right time for Placebo as it seems to fit with the 1st two nicely in terms of finding the right balance. It’s heavy in places & dark in others. It’s not my favourite Placebo album but it’s definitely not the worst either.

Placebo - Days Before You Came
Placebo - Passive Aggressive
Back to Albums

Placebo’s 4th studio album. The album was re-released later in the same year as a special edition version which contains a 10 song disc of b-sides. This collection is known as “Covers” and it was later released again in 2007 in the download only format.

Nice long jam opens this album which is a good way of putting you on alert for what is coming next. There are a few songs on this album I like & have on my Placebo playlist.

Placebo - This Picture
Placebo - Special Needs
Back to Albums

Placebo’s 6th studio album. Having gone into the studio with plans to make a more electronic based album those plans were soon changed when the producer suggested a more back to basics approach. Two songs on this album are duets. “Meds” features Alison Mosshart of The Kills and “Broken Promise” features R.E.M’s Michael Stipe.

A few of the songs on this album just feel too repetitive without really building up to anything, they just lack any life. “Blind” & “One Of A Kind” are a couple of examples of songs that just don’t seem to go anywhere. “Infra Red” which is one of my picks below sounds like a classic Placebo song, you know it’s a hit as soon as you hear it.

Placebo’s 6th studio album. Where can Placebo go with their music at this point to keep things fresh? Long time drummer Steve Hewitt has left the band due to creative differences. Steve Forrest was his replacement and the fresh faced Forrest was only 21 or 22 at the time he joined in 2008.

Given the back catalogue at this point there’s a definite leaning towards the 1st 3 albums in terms of what their already long standing fans might be hoping to hear a taste of again.

Unfortunately this is not anywhere near what I was hoping for. Brian’s rhyming in the lyrics just make me laugh now, it’s not something that stood out that much to me in the past. “Breathe Underwater” is one such song where his rhyming recipe is very prominent. “Come Undone” gets a similar splattering of rhyming & I’m wondering if it’s intentional or an actual flaw in his song writing skills? On “Bright Lights” you’ll hear Brian lifting lyrics from other artists, in this case Juliana Hatfield’s “Universal Heart-Beat”. Elsewhere on the album repetition is the recipe for fleshing songs out.

That being said there are a couple of good songs I found myself adding to my Placebo playlist which are below. “Kings of Medicine” is a fantastic song but it feels like it has unreached potential mainly in the guitar department. Definitely don’t dismiss this album without 1st listening to it.

Key songs: Kings of Medicine, The Never Ending Why

Placebo’s 7th studio album. Many of the songs for this album were written with a possible Brian solo album in mind. The band went into the studio to record some singles but ended up with more songs and so an album emerged from it all.

I was hoping for something which would satisfy my ears a little better than the previous album “Battle For The Sun” so I gave this a listen. Immediately “Too Many Friends” stood out as a top quality Placebo song.

Unfortunately that’s a pleasing as the album got for me & I really struggled to find another song that clicked and made me want to hit repeat. I did enjoy the message of a few of the songs though, “Begin The End” being one. While I have aged along with the band my tastes just haven’t as much as Placebo’s seem to have.

Usually all the big music review sites either love or hate Placebo albums so you’d see several of them give a 8/9 out of 10 and several 4/5 out of 10 and this is largely down to musical taste. In this case it seems to be pretty unanimous that this is a middle to lower end of the ratings scale and I have to agree.

What’s happened since the last album? Steve Forrest the drummer who took over from Steve Hewitt in 2008 left the band in 2015. The 20th anniversary of their debut album happened in 2016 and a compilation album of 36 songs called “A Place For Us To Dream” was released. More recently in 2018 the 20th anniversary of “Without You I’m Nothing”.

That’s it for my 14 Placebo picks. It’s been a good 5 years since the last Placebo album so let’s hope 2019 bears some fruit!

If you’re looking for more info on Placebo, this is their Website Link. Placebo’s Twitter page is here. If you want to read more about the history of the band look here Wikipedia Article.