Best cover versions of A-ha’s Take On Me 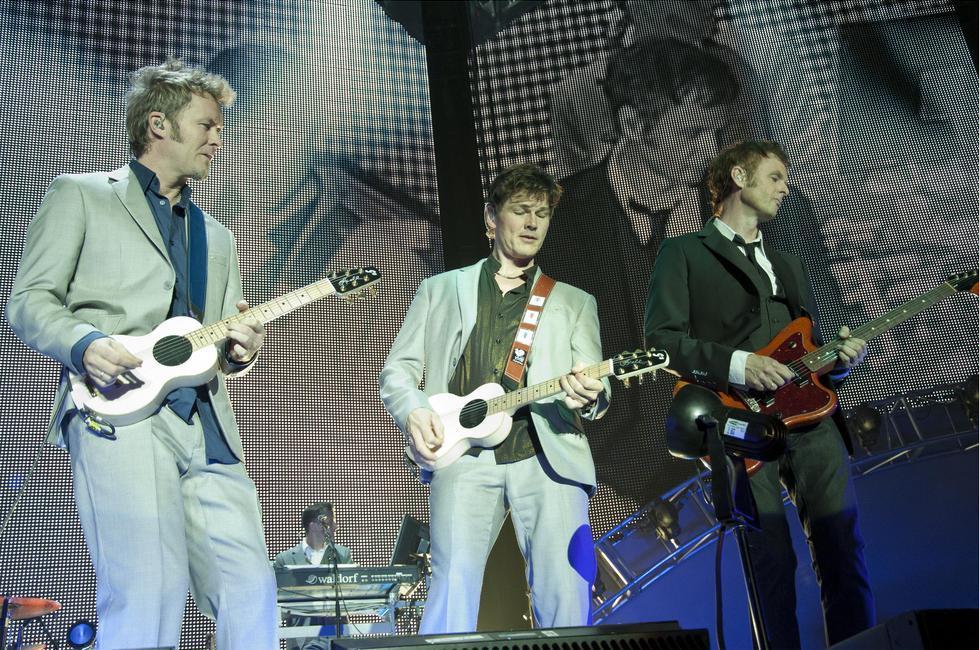 Today we’re taking a look at the best A-ha covers of their famous 1985 song “Take On Me”. Back in the 80’s A-ha seemed to come out of nowhere and fly straight to the top with their Debut album Hunting High & Low containing Take On Me & a few other big hits. It wasn’t as instant as it appeared as the version below wasn’t the original release. The song was 1st released in 1984 with a completely different recording to weak reception and required re-writing, multiple re-recordings, and three releases before finally taking off.

Amongst some of the musicians/acts who have covered it to date are Weezer, NSP, Cap’n Jazz, Reel Big Fish, Minority 905, MxPx. Before we get to those, let’s remind ourselves what the original sounds like so you can better compare.

Album on Amazon | Apple Music
In 1985, with the giant Warner Bros now behind them the song took off & was number 1 in more than 15 countries & A-ha became superstars & won several awards from it. The music video which was unique at the time involved live action & sketching called rotoscoping. This technique involved painstakingly sketching over each frame of the video which took around 16 weeks to complete. Now into 2019, 34 years after release, the song continues to shine with almost 1 billion views under its belt on Youtube with no sign of the popularity waning anytime soon.

Onto the A-ha Take On Me covers.

Album on Amazon | Apple Music
Weezer are an alternative rock band from LA formed in 1992 & still going strong today. 35 years after the original A-ha song Weezer bring out this cover. Complete with 80’s inspired video & even the sketching effect true to the original.

The song is the 4th track on Weezer’s 2019 (Teal Album). The album features many other covers from well known artists.

Album on Amazon | Apple Music
NSP, short for Ninja Sex Party are a American musical comedy duo formed in 2009. This cover has amassed some 12+ million views on Youtube making it one of the more popular covers of the song. The song is the 1st song on their Under the Covers album.

Cap’n Jazz were an Emo band from Chicago existing mainly in the early to mid 90s. Most people won’t know this one because Cap’n Jazz didn’t really exist in the mainstream. That said, being an Emo band they manage to deliver quite an impressive raw take on the song.

Album on Amazon | Apple Music
Reel Big Fish are a Ska punk band from California formed in 1991 & still going strong today. Their cover of Take On Me delivers musically where others failed by delivering a blend of chunky guitar riffs and trumpets, breathing new life into the song. The video stands up to the test of time looking much more recent than its 23 year age.

Upcoming Pop-Punk band from Mississauga, Canada. Minority 905’s Take On Me cover brings the Punk aesthetic to the table playing the entire song on guitars/bass/drums. The bridge section is perhaps the strongest part of this cover with the band replicating the frantic keyboards on A-ha’s version on the guitar.

Album on Amazon | Apple Music
Punk rock band MxPx are from Bremerton, Washington, formed in 1992 & are still active today. 12 albums under their belt with many cover songs along the way. This cover is delivered with that mid 90’s pop punk feel, they even found a way around those vocal high notes that works well.

Well that’s it for our look at A-ha’s Take On Me covers, Which is your favourite? Know any others that should be included? Comment below.