10 of the best songs by Morrissey, How many do you know? 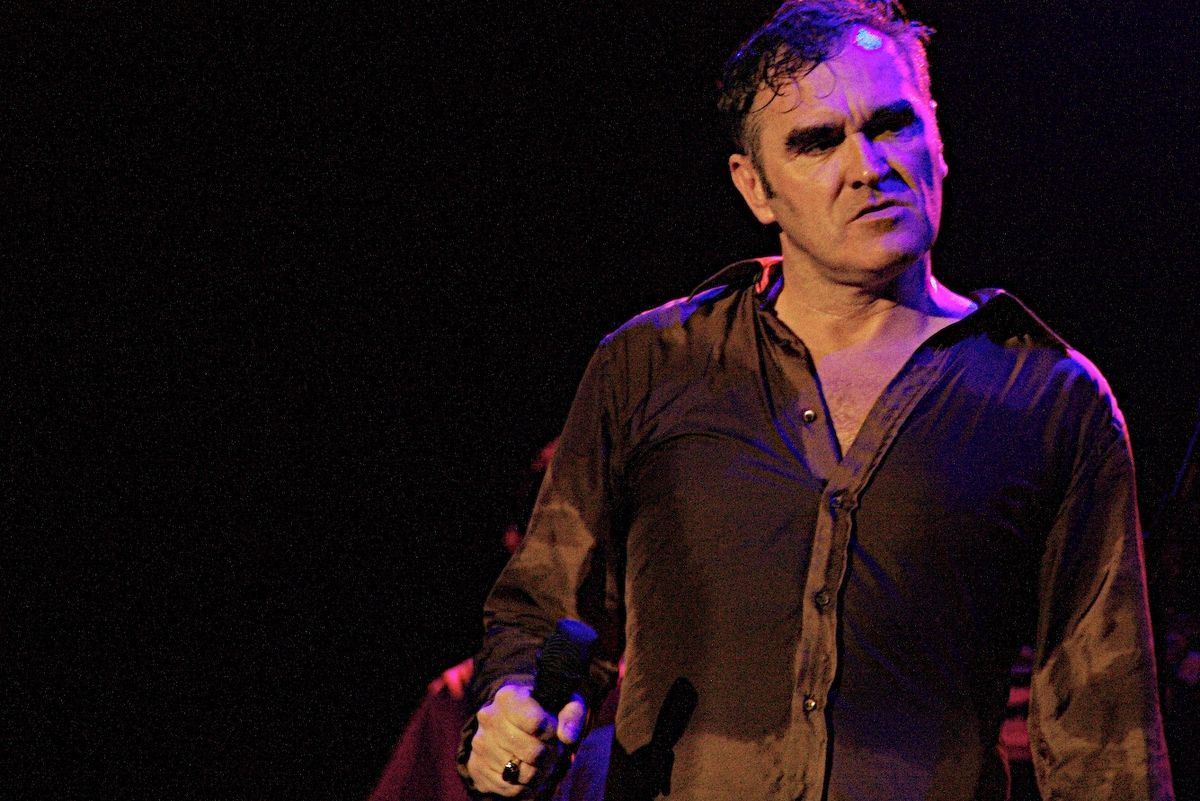 It’s 2019 & Morrissey isn’t showing any signs of slowing down having announced a tour of the US commencing in September & a few dates in Canada. As well as the tour there’s a new album which came out in May 2019.

To most this will probably resemble a Morrissey greatest hits songs list but for those not that familiar with Morrissey it’s a good starting point. I have no doubt life long fans would have a different selection of songs to offer & If you’re one feel free to comment your favourites below.

The songs for those who just want to know or to jump to Suedehead, Everyday Is Like Sunday, The Last of the Famous International Playboys, You’re the One for Me, Fatty, Tomorrow, Irish Blood, English Heart, First of the Gang to Die, I’m Throwing My Arms Around Paris, Back on the Chain Gang, It’s Over .

Album on Amazon | Apple Music
Suedehead was a great start to Morrissey’s debut release with the song charting higher than any single released by his former band The Smiths. The song was the 1st single released from the album Viva Hate.

Album on Amazon | Apple Music
One of Morrissey’s best-known songs & one which is frequently covered by other artists. The song paints the picture of the gloominess of seaside towns where every day is like Sunday & suggests they forgot to bomb them. The song was the 2nd single released from the album Viva Hate.

The Last of the Famous International Playboys (1989)

Album on Amazon | Apple Music
The 3rd single released by Morrissey but it didn’t feature on any main studio albums. The song featured 3 former Smiths members. The song focuses on the 60s gangsters from London known as the Kray twins (Ronnie and Reggie Kray) & the media glamorisation & influence that has on others. Well that’s how I interpret it. The song can be found on the album Bona Drag which was a compilation album featuring all his hits at the time.

Album on Amazon | Apple Music
This is a somewhat amusing to this day love song which in the video is portrayed as an overweight woman. The song didn’t chart all that highly in comparison to the previous songs on this list but it is an established fan favorite & one which is hard to overlook. The song featured on the album Your Arsenal which is critically acclaimed & one of the best albums of his career.

Album on Amazon | Apple Music
This song is from same album as the previous one Your Arsenal & is one of my all time favorite Morrissey songs. The song topped the Billboard Modern Rock charts in the US feeding his already rising popularity there.

Album on Amazon | Apple Music
One of Morrissey’s more politically charged songs. In the song Mossy sings “I’ve been dreaming of a time when, The English are sick to death of Labor, and Tories” which given the current issues with Brexit that dream may have come to fruition as I don’t know anybody who isn’t sick to death of it at the moment. The song is from the album You Are the Quarry. Mossy’s highest charting album in the US.

Album on Amazon | Apple Music
There’s no video for you to enjoy with this one but you can enjoy the song. From the album You Are the Quarry.

Album on Amazon | Apple Music
This was the 1st single from the 2009 album Years Of Refusal. The song was 1st performed almost 2 years before the albums release during touring.

Album on Amazon | Apple Music
This is a cover of the classic 1982 song by The Pretenders which is on the deluxe edition of the 2017 album Low in High School.

Album on Amazon | Apple Music
This cover of Roy Orbison’s 1964 number 1 hit “It’s Over” is fantastic. Having asked a couple of people who were alive during the original whether they’d like to hear a cover version, the 1st question was who by? followed by a grimace & a squirm when informed who was singing it. Well they were proved wrong!