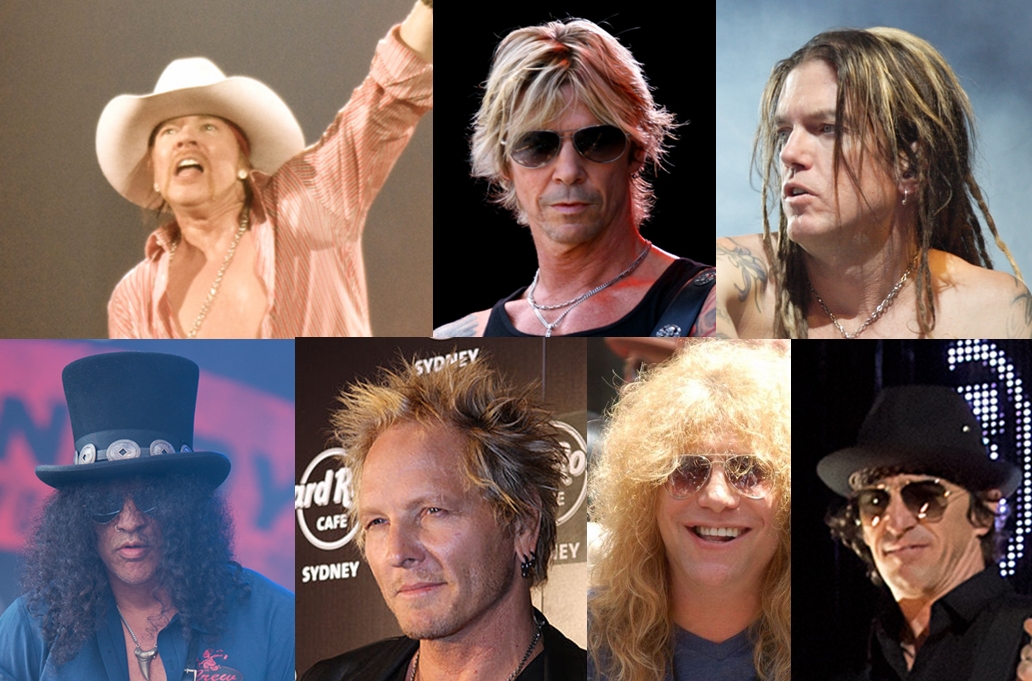 Today we’re taking a look at some of the best Guns N’ Roses covers of their classic song November Rain from their 1991 Use Your Illusion I album. The song has sold over 1 million copies worldwide & in 2018 became the first video made before YouTube’s arrival to surpass one billion views.

Amongst some of the musicians/acts who have covered it to date are Steve ‘n’ Seagulls, Sandi Thom, Elaine Lil’Bit Shepherd, The Family, Alyona Yarushina, Unknown, Nicole Atkins ft Mark Lanegan. Before we get to those, let’s remind ourselves what the original sounds like (As if you don’t already know!) so you can better compare.

Album on Amazon | Apple Music
At almost 9 minutes long, November Rain is one of Guns N’ Roses longest songs. Notable for being one of the most expensive music videos ever at $1 million dollars. $1 million dollars back then is the equivalent to around $2 million dollars today. Years before the song seen the light of day, lead singer Axl Rose already had the skeleton of the song & would play it frequently around friends declaring “Someday this song is gonna be really cool”.

Onto the November Rain covers.. No big rock bands have covered the song that i’m aware of, if you are aware of any comment below.

Album on Amazon | Apple Music
Steve ‘n’ Seagulls formed in 2011 and are a Finnish country music band, playing cover versions of well-known hard rock and metal songs. This cover complete with banjo providing the main melody & shared vocals makes for an interesting cover. The cover is on their album titled Brothers in Farms.

Album on Amazon | Apple Music
Scottish singer-songwriter and multi-instrumentalist from Banff, Scotland who has been active since 2004. Her beautiful vocals taking center stage with a soft acoustic guitar & keyboard backing. As if performing a fantastic cover isn’t enough, Sandi recorded the video in November & in the rain too! That’s dedication for you! The song appears on her 2013 covers album The Covers Collection.

Album on Amazon | Apple Music
Canadian singer who previously won a JUNO Award for Reggae Recording of the Year in 2011. November rain is delivered here with a reggae tempo & feel & Elaine’s gorgeous vocals taking the spotlight. This cover appears on the 2014 album Rockaway, Vol. 1: Lovers.

Known as “The Family” The Ultimate Party Rock Band in India. The only cover here with a guitar solo that comes anywhere close to Slash’s. If you listen till the end you’ll be surprised by what you hear. Well deserved place on this list.

Album on Amazon | Apple Music
Alyona is a singer, performer, arranger and composer from Russia, Moscow. All instruments were recorded by her using midi-keyboards and Logic Pro. She definitely has the rock chick vocals down. She has an Album in the works but many of her cover songs of famous songs have been released as singles.

Too good an effort to not include here but the details are unknown as to who they even are! If you happen to know let me know in the comments!

Album on Amazon | Apple Music
American singer-songwriter Nicole Atkins teams up with legendary singer Mark Lanegan (Screaming trees, QOTSA) to create this 60’s country inspired rendition. The style of the cover was apparently inspired by a dream Atkins had while staying in a magical retreat in the woods in Vermont.

Thank you for mentioning us in your article, we really appreciate it! We wish you all the warmth and niceties.
Love,
The Family