Best U2 With Or Without You covers 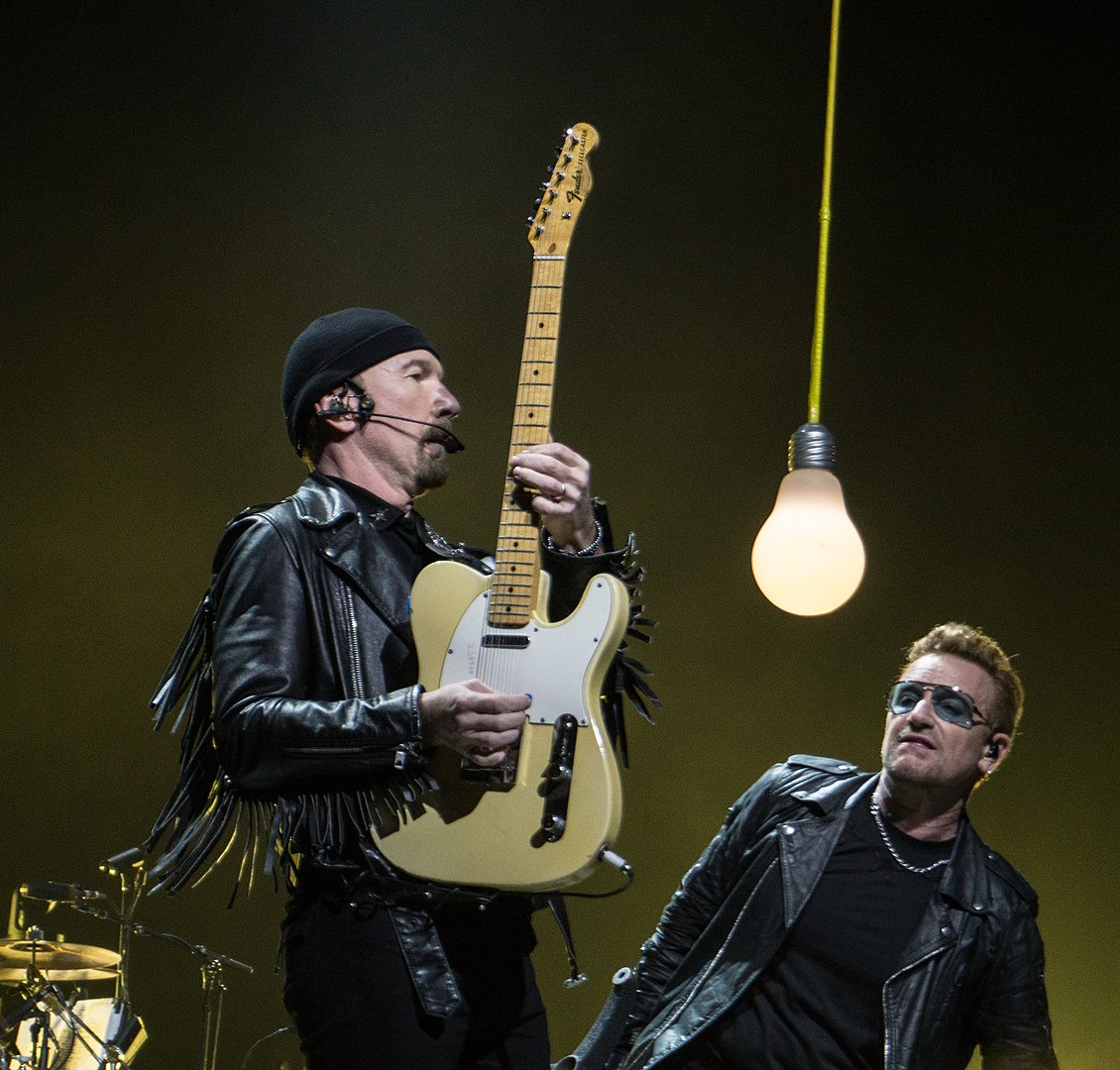 Today we’re taking a look at some of the best covers of the classic 1987 U2 song With Or Without You. The song is from their 1987 album The Joshua Tree. The song was U2’s breakthrough in America & Canada reaching the number 1 spot for 3 weeks on the billboard 100.

Amongst some of the musicians/acts who have covered it to date are Amy Lee, Boyce Avenue, Our Last Night, Iro Kleitou, The Rolltones, J. R. Richards, Chase Holfelder. Before we get to those, let’s remind ourselves what the original sounds like (As if you don’t already know!) so you can better compare.

Album on Amazon | Apple Music
One thing that makes this song stand out is guitarist Edge’s guitar which was a prototype at the time called the “Infinite Guitar”. This guitar allowed notes to be sustained indefinitely. Had it not been for this guitars arrival the song might not have reached the heights it did, or maybe it wouldn’t have seen the light of day at all as the songs future was in doubt prior to this.
2017, 30 years after the original, U2 perform the classic song once more.

Onto the U2 With Or Without You covers..

Album on Amazon | Apple Music
Amy Lee is an American singer, songwriter, and pianist. Most may know her as lead vocalist of the rock band Evanescence. She has won many awards over the years including Sexiest Female & Rock Goddess of the Year. This cover has a bit of a darker gloomier feel & the vocal melody has been altered quite extensively to where you could be forgiven for thinking it was a different song entirely if you happened to just hear it on the radio in passing. If making a cover your own is the name of the game, that game has been played well here.

Album on Amazon | Apple Music
Formed in 2004, Boyce Avenue is an American pop and rock band formed in Sarasota, Florida by 3 brothers. Featuring in this cover is Japanese American singer-songwriter, guitarist and YouTuber Kina Grannis. A vocal duet with 2 acoustic guitars delivers this soothing cover. This cover has amassed over 23 million views to date. The cover appears on Boyce Avenue’s 2012 covers album Cover Sessions, Vol. 2 along with 56 other covers.

Album on Amazon | Apple Music
American post-hardcore band formed in 2004. They bring their post-hardcore sound to the classic to produce this modern sounding rendition. This With Or Without You cover has amassed 2 million views on youtube.

Album on Amazon | Apple Music
Iro Kleitou is an acoustic pop artist, classically trained pianist, singer, songwriter, musical theater performer from Cyprus. Powerful voice with a hint of Avril Lavigne, Christina Aguilera & Alanis Morissette (if she reminds you of anybody let me know in the comments). One of the better With Or Without You covers on this page. The song appears on her covers album titled Iro Kleitou’s Cover Song.

Americana band from Latvia formed in 2006. Relatively unknown in the mainstream although they are praised as one of the best cover bands in Latvia. Several years worth of uploads on youtube & a debut album. Solid cover & a solid vocal performance here.

Album on Amazon | Apple Music
American singer-songwriter, musician, record producer active from the mid 90s. Former frontman of the alternative rock band Dishwalla. This cover is his own take on the classic & it isn’t hard to spot the subtle differences in the song arrangement. Definitely brings something special to the table. The song appears on his covers album titled Under the Cover.

Album on Amazon | Apple Music
American singer, songwriter and music producer residing in Raleigh, North Carolina who has been active on youtube since around 2014. Known for performing minor-key renditions of popular major-key songs, his youtube channel has amassed over 50+ million views. All instruments & vocals including harmonies are created by him & his videos feature him performing each role.

You will find this cover on his covers album titled Major to Minor, Vol. 2.