Today we’re taking a look at The Lemonheads and I’m giving my top 20 songs from their 9 Studio albums. If you’re just looking for the most famous or popular in general jump right to the most popular Lemonheads songs. 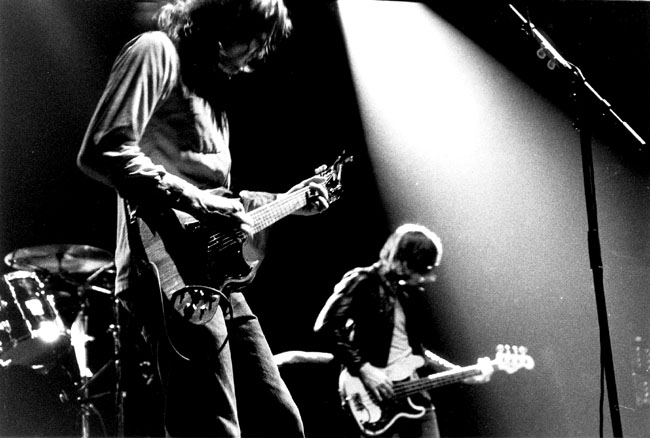 The Lemonheads (Originally called The Whelps) formed in Boston, Massachusetts in 1986 by Evan Dando, Ben Deily and Jesse Peretz while they were still teenagers at school. The band played their 1st show on August 19, 1986. Despite many great songs on their earlier albums they never really hit the nail on the head or locked in on a sound. It took several years before The Lemonheads cracked it and produced the album that would break them into the mainstream, 1992s “It’s A Shame About Ray”. Founding member & frontman Evan Dando has remained the only constant member of the band for almost 30 years. 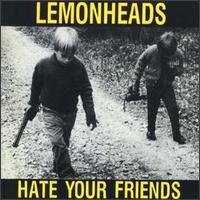 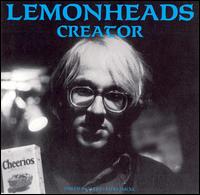 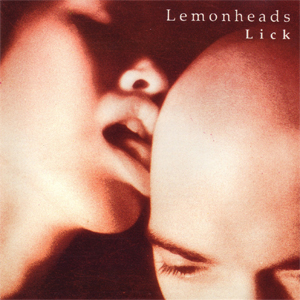 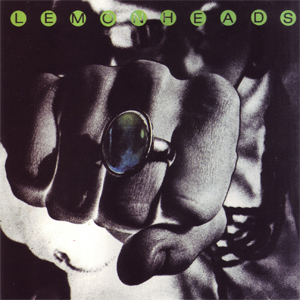 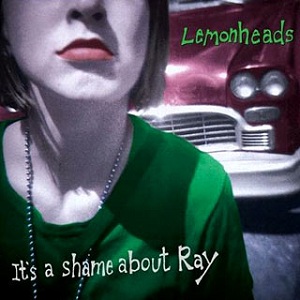 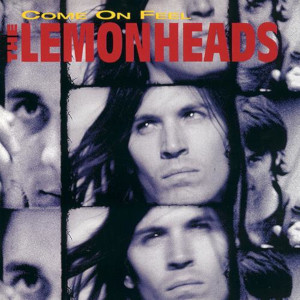 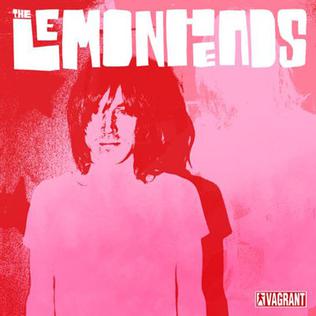 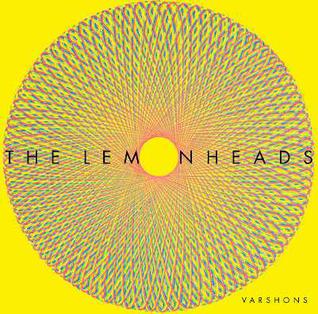 The debut album is an interesting beginning for a band that would rapidly move in a completely different direction musically only a couple of years later. Thinking about this album, a few bands come to mind like The Buzzcocks, Black Flag & Husker Du. This is a last gust of wind of the late 70s, early 80s punk movement. Not quite the new age punk revival that would come only a couple of years later via Green Day and The Offspring and the like. The choices below are from the original Studio album.

There were multiple re-issues containing more tracks and songs from EPs, live tracks etc. It’s worth mentioning that as a life long Lemonheads fan I don’t really like this album!

Since I’m sticking to the original studio releases I can’t include two songs which were on the 1992 re-release of this album “Glad I Don’t Know” & “Ever” but do check them out.

What’s immediately apparent about the bands 2nd Studio album is how much more musically ambitious it is. They still haven’t hit upon that classic Lemonheads sound yet and that is largely due to Evan not taking the helm yet. The bands co-founder Ben Deily is an equal force in the album. Its long been speculated that there were rifts between the two over the direction of the music but this isn’t the case.

John Strohm of Juliana Hatfield’s band Blake Babies plays drums on this album where before on Hate your Friends, Drum duties were largely split between Evan & Ben. After this album the band split up for a while.

The album cover above is a photo of Ivan Kreilkamp, a school friend of Evan and Ben. Ivan is notable for coming up with the band’s name.

The Lemonheads last album before signing to major label Atlantic and also the last to feature co-founder Ben Deily as he went back to School to finish a degree. Following the split after the previous album the band members did their own thing for a while before being offered a slot on a european tour prompting a reform. They recorded the album which upon completion Ben departed permanently before the Tour commenced.

This album is where it all begins as far as i’m concerned. My 1st choice from this album “Mallo Cup” is an instant classic, Its been near the top of my playlist for nearly 20 years.

Key songs: Half The Time, Stove

The Lemonheads 1st major label debut and 4th Studio album. The last original member other than Dando, Bass player Jesse Peretz would leave the band following this album leaving Dando the bands sole permanent member. On this album things are starting to come together & the Lemonheads “Classic” sound is born. Both my picks below are live staples even today.

Also check out the classic “Ride With Me”, “Year of the Cat” & the re-recorded “Left for Dead”, previously titled “Clang Bang Clang” on the “Creator” album.

Ah, now we’re getting somewhere! This is where things really took off for the band and turned Evan into a Global superstar. This album is known for spawning the cover “hit” Mrs. Robinson by Simon and Garfunkel which Evan only did as a joke but it became so popular & he hated that and stopped playing it for years. The albums biggest song “It’s a shame about Ray” features Johnny Depp of all people in the music video here! I included a non video version with far better audio below.

To note, Juliana Hatfield. Longtime friend and collaborator of Evans as well as a well known musician in her own right plays bass & sings backing vocals on this album. Also check out “Rudderless” & “Rockin Stroll”.

Out of 9 albums where do I rank this album overall? Probably 2nd.

The version of the album linked above is an expanded version of this album (Released 2017) which contains 10 additional tracks.

Key songs: Down About It, Rest Assured, Into Your Arms, Being Around

Hot off the back of the Shame about Ray album, Dando wasted no time getting a new album out. What’s interesting about this album is that it wasn’t as popular as the Ray album but it became Lemonheads highest charting album with 1 song in particular “Into Your Arms” holding the number 1 spot for 9 weeks on the Billboard Modern Rock charts. Of interest here, Belinda Carlisle provided backing vocals on “I’ll Do It Anyway” and the ever present Juliana Hatfield contributed backing vocals too.

Out of 9 albums where do I rank this album overall? I’d put this one on Top. It’s got the balance right between the more up tempo rockier & the more chilled acoustic based songs. The album is consistently good with only 1 song I would call a dud “You Can Take it With You”.

Another great Lemonheads album, this time it’s their seventh studio effort. This album has a bit of a darker theme overall and you can hear it quite profoundly in a few of the songs. After this album things would go quiet for Lemonheads albums for the next 10 years but that doesn’t mean Evan wasn’t busy. He started performing as a solo artist and put out his 1st solo album.

Also check out “Hospital” & “If I Could Talk I’d Tell You”. Out of 9 albums where do I rank this album overall? Probably 3rd.

After almost 10 years away from the Lemonheads Dando gets the band back together to release their eighth studio album. A new line-up featuring one half of Descendents/All, bassist Karl Alvarez and drummer Bill Stevenson. The time away did nothing to tarnish the bands ability to churn out good songs. Along with the choices below also check out “Poughkeepsie”, “No Backbone” & “December” on this one.
Back to Albums

Key songs: I Just Can’t Take It Anymore, Waiting Around To Die

Lemonheads ninth studio release and for once it’s a poor one. What’s unique about this album is that it’s an album of covers which isn’t something Evan has ever done before. You can’t win all the time right? Even Steven Tyler’s daughter Liv Tyler dueting on one of the songs “Hey, That’s No Way to Say Goodbye,” isn’t enough to make this album anything more than mediocre. Don’t get me wrong, there are a couple of great covers here but that’s about it.
Back to Albums

That’s it for my 20 picks. It was a bit of a struggle on a few albums because there is no separating quite a few of the songs in terms of how good they are. I mentioned those in my comments below the albums so that you don’t miss out on them entirely.

What is Evan upto currently? The Lemonheads were out touring earlier in 2018 & Feb 2019 Varshons II landed which like its predecessor is an album of covers. The Bands/His website has been revamped and covers both Evan Dando & The Lemonheads and you can find Tour info and Lyrics to just about every song on there. Website Link. Evan is quite active on Twitter and posts all sorts of stuff on there. Evan Dando’s Twitter is here.

The song reached number 1 on the Billboard Modern Rock Charts & remained there for 9 weeks. The song is a cover & was originally by Australian duo Love Positions.

This song reached number 5 on the Billboard Modern Rock Charts. The song was inspired by a newspaper headline Evan Dando seen about a person called Ray. The music video for this song features Johnny Depp!

This song reached number 8 on the Billboard Modern Rock Charts. The song was recorded as a bit of a joke but after it took off it was tacked onto the end of the album & the album re-released. Evan Dando has voiced his dislike of the song many times & has even refused to play it live. The song has amassed some 5 million views on Youtube.

While this album stands up as one of the highlights it wasn’t as commercially successful as the 2 before it. However, this song has become a Lemonheads classic.