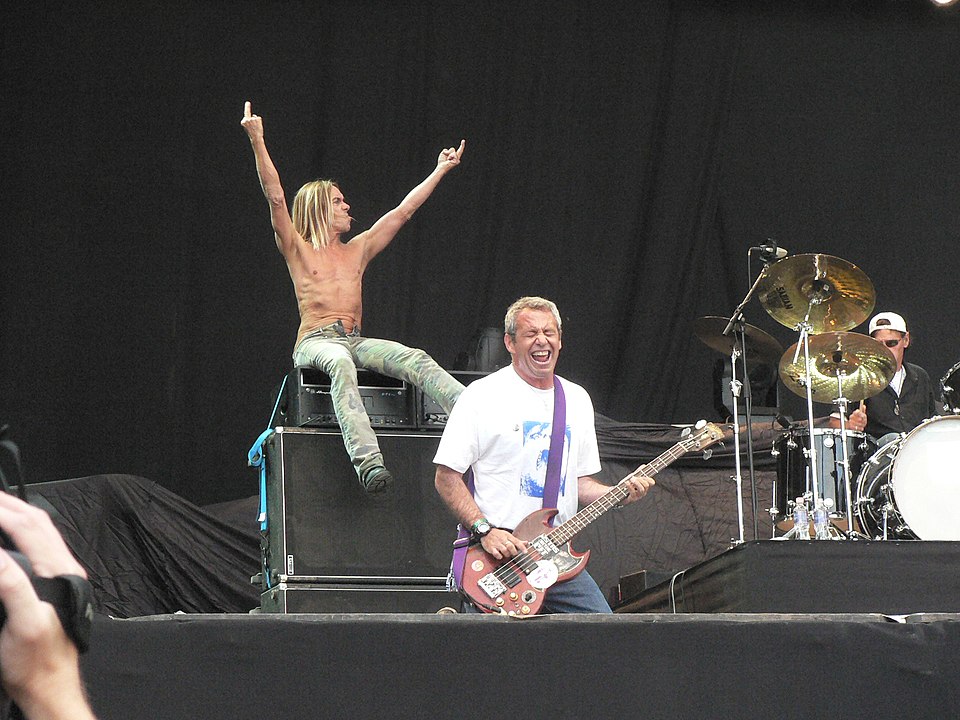 If you can’t see the album covers, disable your ad-blocker.

Album on Amazon | Apple Music
Release Date: 6th Sept 2019
Since their debut effort in 2013, Black Star Riders have put out an album every 2 years so far making this upcoming new album their 4th. In case you aren’t aware of Black Star Riders, their roots go right back to the 1970’s when lead guitarist Scott Gorham was in Thin Lizzy. After Thin Lizzy’s front-man passed away in 1986 Gorham continued flying the Lizzy flag & this band is “the next step in the evolution of the Thin Lizzy story”.

The 1st single which is the albums title song has that Thin Lizzy Emerald vibe going on.

Still going strong in a career spanning 50+ years, at 72 years of age, this album will be Iggy Pop’s 18th studio album. The album has been described by Pop as “uniquely somber and contemplative”. The 2nd single from the new album which was released August 14, 2019 is below.

Sleeping with Sirens -- How It Feels to Be Lost

Formed in 2009 by members of For All We Know and Paddock Park. With 5 studio albums under their belt this release is the followup to their 2017 album Gossip, the 1st single from the new album titled “Leave It All Behind” was released on June 19th, 2019.

SLEEPING WITH SIRENS - Leave It All Behind (Official Music Video)

If you aren’t aware of KXM, they are a supergroup featuring members from Korn, King’s X & Lynch Mob. The 3 members have a combined age of 181 but that does stop them rocking out hard. This will be their 3rd studio album & the 1st single “WAR OF WORDS” was released July 23rd 2019 & has a bit of a Soundgarden feel to it.

Cold -- The Things We Can’t Stop

Eight years since the their previous 2011 album “Superfiction” & a recent dormant 2 years, Cold return reinvigorated & ready for action once more. The 1st single from the new album is titled “Shine” & regarding the song front-man Scooter Ward says “It’s about dealing with physical abuse at home and becoming triumphant over bullying.”.

With a career spanning 26 years, this upcoming release will be Korn’s 13th studio album. Drummer from Blink-182 Travis Barker performed drum duties on the demo songs & it remains to be seen if he will appear on the release. Below is the first single released from it which is called “You’ll Never Find Me” & was released 26th June 2019.

Pixies -- Beneath the Eyrie

Three years since the Pixies last album “Head Carrier” the Pixies return with their 7th studio album. To give fans an insight into the making of the album the band recorded every waking moment in the studio & have a weekly narrated podcast where you can hear the creative process in all its glory. The video below is the 2nd single titled “Catfish Kate” which was released on Aug 6th, 2019.

32 years since their 1987 debut album, this upcoming release marks Goo Goo Dolls 12th studio album. The song below titled “Indestructible” which is the 3rd single to be released thus far was released August 9th, 2019.

Puddle of Mudd -- Welcome to Galvania

This upcoming album is Puddle of Mudd’s 1st in 10 years. In 2014 front-man Wes Scantlin said a new album would arrive very soon, that very soon turned out to be 5 years. The 1st single from the album titled “UH OH” was realised July 15th 2019 & has a catchy juvenile early 2000’s sound & feel to it.

Two & a half years since their last highly successful album Vessels, cinematic rockers Starset return with their 3rd studio effort. The song below is “WHERE THE SKIES END” which is the 2nd single from the upcoming release.

STARSET – WHERE THE SKIES END

Aptly titled Nine to represent their 9th Album (If you count their 1994 demo album Buddha) which front-man Mark Hoppus is. The 1st single from the new album was released May 8th, 2019 & is titled “Blame It On My Youth”.

Liam Gallagher -- Why Me? Why Not

After the success of his 2017 debut, the former Oasis front-man proved he can succeed in his own right. Liam returns with what promises to be a better album than the debut “It’s a better record than As You Were,” which is saying something, as that was epic, wasn’t it?”. The 1st single from the new album titled “Shockwave” was released June 13th 2019.