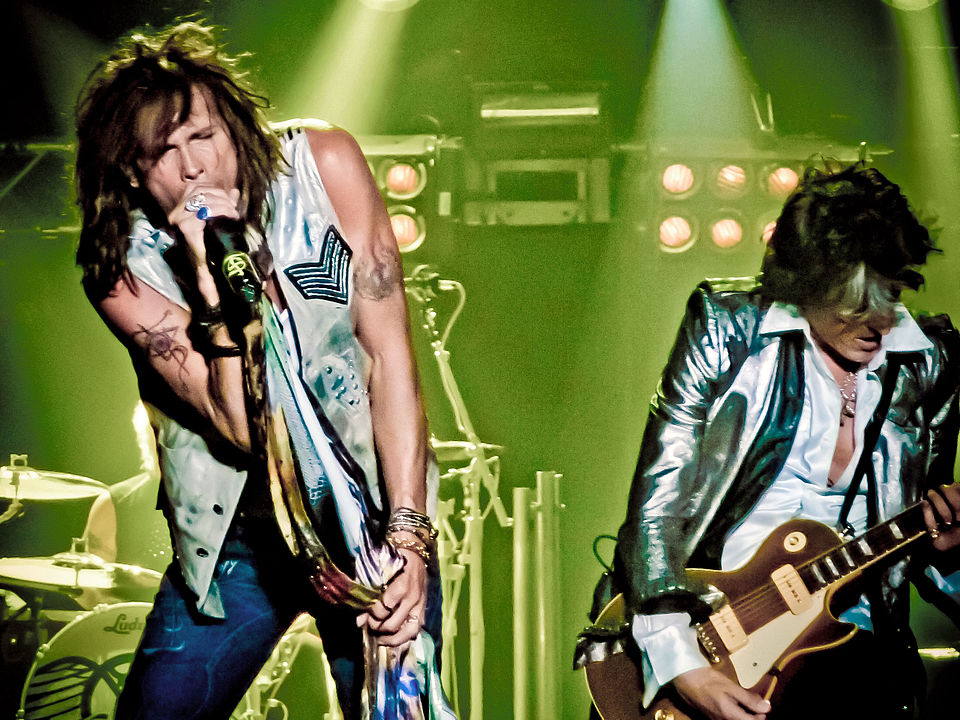 Today we’re taking a look at some of the famous artists/musicians who have opened up about their past struggles with drug addiction. These famous faces are the lucky ones who lived to tell the tale.

Stevie Nicks: "I Used to Carry a Gram of Cocaine in My Boot" | Oprah’s Master Class | OWN
Better known as the vocalist of the band Fleetwood Mac. Stevie talks about her heavy addiction to cocaine during the late 70s & 80s & how it was that bad it burned a hole through her septum. She was told by her plastic surgeon that the hole was so dangerous that the next hit could be her last. She talks about how she would carry a gram of cocaine in her boot at all times & how much money was blown on the drug. She eventually escaped the clutches of her coke addiction after entering rehab.

You can read her stories of excess in her biography Gold Dust Woman.

Steven Tyler Talks Of Kurt Cobains Death & His Own Drug Addiction On Turning Point April 1994
Having struggled with addiction for many years, front-man of Areosmith, Steve Tyler talks about his heroin addiction that was so bad that he was oblivious to the fact that he no longer had a band anymore. At one point living in a rundown hotel & buying heroin on the street. He overdosed several times & was lucky to still be alive. Eventually the band reformed but Tyler was still an addict & it was the bands new manager who told him he had to get help & he went into a treatment centre.

Steven shares his story of sex, drugs, and rock and roll in his memoir Does the Noise in My Head Bother You?.

Nikki Sixx The Heroin Diaries
Nikki Sixx, better known as the bassist of the band Mötley Crüe. During his years of rock and roll excess, Sixx kept dairies of his situation as he lived in it, spending $35,000 a week on his drug habit. Cheating death twice after overdosing & being revived, relapsing & finally overcoming his addiction. He says if he can get clean then anybody can do it as he was one of the worst.

He takes you on his addiction journey in his book The Heroin Diaries.

How Fergie Overcame Her Crystal Meth Addiction | Oprah's Next Chapter | Oprah Winfrey Network
Most famously known as a vocalist for the band The Black Eyed Peas. Before she achieved fame, back in 2001, Fergie was broke, unemployed & addicted to Crystal Meth. What started out with ecstasy soon progressed to crystal meth which almost killed her at one point with her weight deteriorating to 90lbs. What got her through it was a lot of therapy & soul searching.

Sum 41's Deryck Whibley on his struggle with alcohol abuse
Sum 41 front-man Deryck Whibley talks about how in 2014 the effects of partying caught up with him & left him close to death in hospital. After many years of touring & partying hard, the drinking continued even when not touring & he would get a bottle of vodka delivered daily. He talks about how he mistakenly believed that because it was just alcohol, it can’t harm you that much. One day it came to a head when he poured himself a drink at home & woke up in the hospital with a failed liver & kidneys which weren’t functioning. Things started to turn around & he spent a month in hospital & a long period after that recovering.

Since his close shave Whibley has been embracing sobriety & has got a 2nd chance at life & is writing, recording & touring with his band Sum 41 again.

Duff McKagan - BBC HARDtalk
Best known as the bassist for the band Guns n’ Roses. Duffs addiction seen him drinking a gallon of vodka a day. In an effort to try & cut down he swapped the vodka for 10 bottles of wine a day instead. He describes this as tapering down but the end result was anything but as it almost killed him. His pancreas ballooned to the size of an American football & he was in such pain he begged the doctors to end his life.

Duff was given a 2nd chance at life & he grabbed hold of it & completely turned his life around. You can read about his journey in his memoir It’s So Easy: and other lies which is a fantastic read.

Heroin by Phil Anselmo
Phil Anselmo, former front-man of Pantera, current front-man of DOWN. In 1996 after a Pantera show Anselmo’s addiction almost killed him. He overdosed & went into cardiac arrest & died for 4-5 minutes. In this video he takes us through a day in the life of his heroin addiction. His days involved shooting up, smoking, sleeping & then making bizarre phone calls to have jobs done on his home. As he nears the end of a day his stash is running low & he shoots his last 2 bags. Then panic sets in as he needs to secure more.

Phil Anselmo had a memoir in the works set for release in 2015 but it was shelved. Instead there is Pantera bassist Rex Brown’s take on the excess of their heyday in Official Truth, 101 Proof.

CLIP BELINDA CARLISLE OWN
Former Go Go Girl & solo artist. Belinda Carlisle’s addiction issues lasted for 30 years before she was finally able to conquer them. Cocaine was her drug of choice & once she tried it she described herself as an instant addict. Despite being married throughout most of her years of addiction, due to her touring & travelling for work her husband didn’t know the extent of her addiction.

She takes you through her struggle in her book Lips Unsealed: A Memoir.

Elton John Reveals How Cocaine and Alcohol Almost Killed Him | Piers Morgan's Life Stories
Sir Elton John is no stranger to drug addiction having had a serious addiction to cocaine which almost killed him. He at one point claimed to have been snorting a line every 4 minutes. Things got so bad he was having seizures & turning blue. As well as the cocaine addiction he also struggled with alcohol abuse & bulimia. He describes the situation he was in as tragic. His turning point came when he met Ryan White, a teenager dying of AIDS in 1990. This was the wake up call he needed to start getting the help to clean his life up & he’s been clean & sober ever since.

Elton talks about this & more in his 1st Autobiography Me: Elton John Official Autobiography which became an instant New York times number 1 bestseller upon release in October 2019.