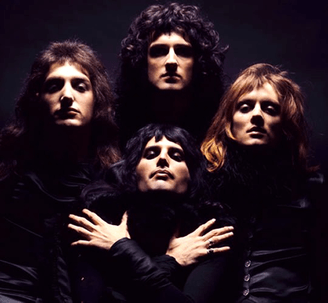 Today we’re taking a look at some of the best Bohemian Rhapsody Queen Covers. Considered by many to be one of the worlds greatest ever rock songs. When it was released in 1975 it became one of the top singles of the year putting Queen on the map as one of the seventies pivotal rock bands.

The song seen a resurgence in popularity upon Queen’s lead singer Freddie Mercury’s death in 1991. In 1992 it again saw a revival when it was featured in the movie “Wayne’s World”. The song has topped charts several times & was inducted into the Grammy Hall of Fame in 2004. 2018 sees the song become the most streamed song from the 20th century.

2018 also seen the release of the Movie biopic which was in the works for 8 years “Bohemian Rhapsody” which went on to become one of the highest grossing movies of the year earning $889 million at box office on a production budget of around $50 million. The movie follows Freddies life & the band from their beginnings in 1970 through to the famous 1985 live Aid performance.

Amongst some of the musicians/acts who have covered it to date are Pentatonix, Randy Coleman, Marc Martel, Montserrat Caballé & Bruce Dickinson, The Braids, The Muppets. Before we get to those, let’s remind ourselves what the original sounds like so you can better compare.

Album on Amazon | Apple Music
The song was written by Freddie Mercury for the band’s 1975 album A Night at the Opera. The song took 3 weeks to record & had around 180 separate overdubs in places. Vocal parts were rehearsed for around ten to twelve hours a day.

Onto the Queen covers. Each brings something unique to the song while remaining respectful of the original.

Album on Amazon | Apple Music
Famous for winning American singing TV Show The Sing-Off. The group won a recording contract but were later dropped but that didn’t stop them. They later found their home on Youtube having amassed over 3.7 billion views since 2012. This cover shows you don’t need guitars to rock, just a few people who can sing, a few torches, a sofa & a megaphone & you’re good to go.

The cover appears on their album PTX Vol. IV – Classics.

Album on Amazon | Apple Music
The impact Freddie’s voice had on Randy at 9 years of age inspired his musical creativity. Just one man & his acoustic guitar. How can he possibly pay homage to such a complex song with that setup? Well he manages to.

Album on Amazon | Apple Music
It’s quite impressive how Marc manages to fill all the vocal parts all by himself without any gimmicks, just him & his piano. The closest thing to the real thing I think! He even plays Brian’s guitar solo on the piano. If you aren’t aware, Marc Martel is responsible for a large portion of the singing in the movie. Obviously doing a cover isn’t about replicating somebodies vocals but this deserves to be on the list for the other aspects. If you like this man he has a cover album of several Queen classics available titled Thunderbolt and Lightning.

The Spanish operatic soprano singer Freddie Mercury recorded the famous song Barcelona with. This time she has teamed up with Iron Maiden frontman Bruce Dickinson to bring us this cover. The mix of the two is a little peculiar sounding at 1st but a good listen nonetheless.

Album on Amazon | Apple Music
Dance-pop duo the Braids, comprised of vocalists Zoe Ellis and Caitlin Cornwell recorded this cover in 1996 & it didn’t make much of an impact at the time. The song was later released on their 1999 album Here We Come. Since then it has gained more exposure thanks to Youtube & the resurgence of the Queen version & Movie, which has lead to more people seeking out covers of the song.

Album on Amazon | Apple Music
This one has been added simply for the humour value. It’s still a cover!