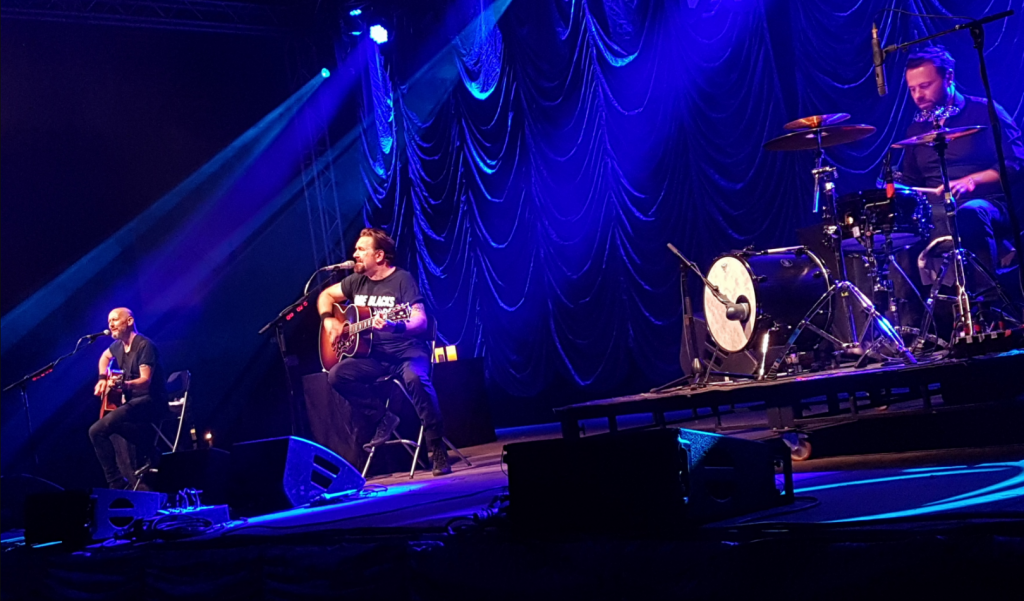 Today we’re taking a look at Therapy? This is the song choices from the 5 full length studio releases between 2000 -- 2010. Therapy? Have 13 full-length Studio albums altogether.

Therapy?’s sixth full-length album. When you have half of a band wanting to make a nu-metal record and the other a trashy rock n roll record this is the result. I don’t know what to make of this album and still don’t 17 years later. Taking into account what the album purports to represent which is it “reflects the no-nonsense trash-rock that they were listening to at the time” It doesn’t change how I feel about it. “Wicked man” sounds like it would be better suited as a Type O Negative song. Tango Romeo is one to miss. The 1st pick below “I Am The Money” is there because I grew to love it once I heard the 2003 Mandela Hall performance of it (DVD at the bottom of the page).

It was a good job they released “High Anxiety” a year & a half later or I would have been up Sh*t creek for a few years without any new Therapy? tunes worth getting excited over! Maybe somebody will let me in on the joke? Regardless, even on what is essentially their worst album (In my opinion) there’s a couple I don’t mind listening to.

I Am The Money
Joey
Stalk & Slash
Back to Albums

Therapy?’s seventh full-length album. Now we’re talking. This is redemption for the previous release. This was the first album to feature drummer Neil Cooper who is still with the band today, and the last recorded with guitarist/cellist Martin McCarrick who had been in the band since 1995 but had been working with them for a few years before that. The album is full of gems, heavy, melodic metal edged punk is what comes to mind. You could blow holes through walls with some of the songs on here. I would put this album on the shelf next to Troublegum & Semi-Detached if I was choosing which albums were my overall favorites. Deciding what songs I was going to put forward on this one wasn’t as hard as I anticipated. The entire album is worthy of many repeat listens.

Stand In Line
Not In Any Name - Therapy?
Limbo
Back to Albums

Therapy?’s eighth full-length album. A year & a half since “High Anxiety” landed in my hands. I followed along with the recording updates at the time and I downloaded the demos and was really excited by them. Especially the Demo of “Perish the Thought”, not the 4-track demo, the Stanbridge farm demo. These Demos used to be on the Therapy? Website but are now gone.

You might have a hard job picking this one up today, especially if you’re in the US.

Therapy?’s ninth full-length album. This album is quite a stripped back and bare essentials affair. It feels like the ideas on here are too early in their development and rushed and has a short listen to span due to the repetitive nature of it. Walk through darkness is perhaps this albums strongest song and I knew that after 1 listen. Before I reached that song it was one of those experiences where you keep hoping the next song saves it. One song which starts out great then just becomes irritating is “Our White Noise” with the the last minute of a 3 & a half minute song spent just repeating “Our White Noise” over and over.

If you’re a fan of the band and haven’t listened to this yet I would recommend it but otherwise I would give it a miss.

Rain Hits Concrete
Walk Through Darkness
Back to Albums

Therapy?’s tenth full-length studio album. After the back to basics approach of the previous 2 albums it was time to try something new. Big groovy bass lines, precision drum machine style drumming & dark humour are all on the menu here. Andy Cairns said of the album “The recording is about celebrating people’s quirks, the things which make us unique. These days everyone tries to fit in, instead of just being themselves. The songs examine what it means to be human -- To realise that we are the only living things on the planet aware of our own deaths.”.

As mentioned on the Infernal love album about how I came to like the song “Stories” & “I Am The Money” from Shameless. This is the DVD of the show where they play those. I regularly listen to Stories from this instead of the album version. This is Therapy? at their finest. When I 1st got this dvd 14 years ago I was saying how it was one of the best live recordings I’ve ever seen.