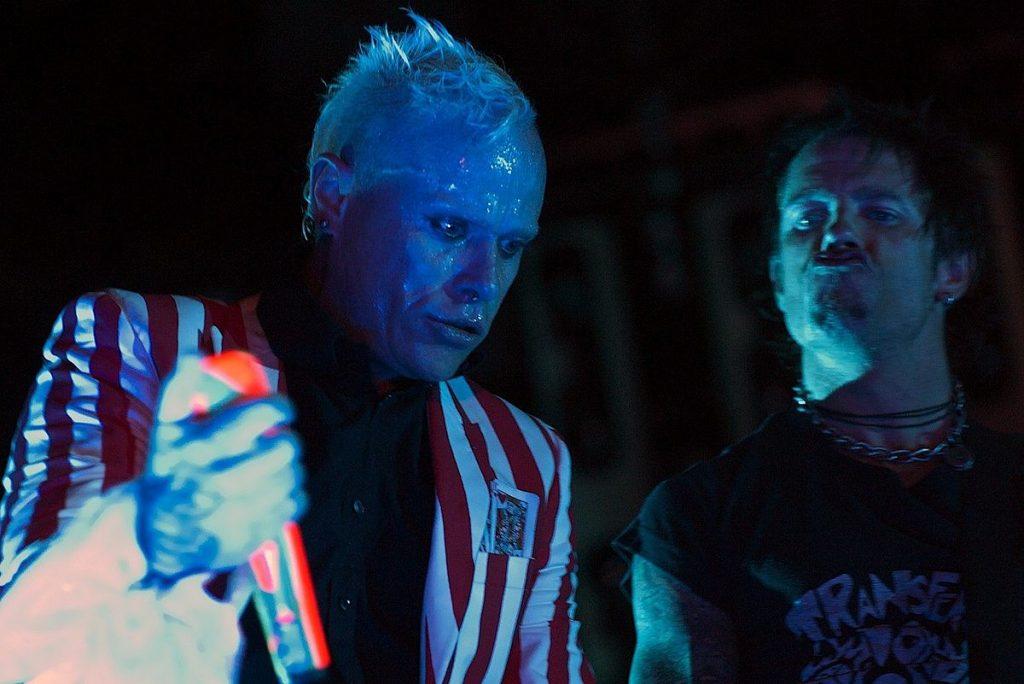 Had it not been for Keith’s untimely passing on the 4th of March 2019 this bands existence probably would have remained buried deep in the collections of his biggest fans. Back in 2003 The Prodigy frontman Keith started a short lived Punk band called FLINT. The band consisted of Keith Flint on vocals, Jim Davies on guitar, (ex Pitchshifter), Rob Holliday on bass guitar, and Tony Howlett drums & Kieron Pepper (live drums). The band performed several times live including a few festival appearances which included Glastonbury & Download.

They recorded what was to be their debut album Device #1 which was set for release mid 2003. The 1st single was released in May 2003 for the song “Asteroids” which was a limited release of 2000 copies. A few months later A 2nd song & video was released for the song “Aim 4” but sales were poor. Shortly after this the planned album release was cancelled & they decided to call it a day.

What we have here is what could have been FLINT’s debut release. The 1st 10 songs below are the songs from the promo release of the album. There is a hidden track at the end of the last song “Razor” below which starts around 4 minutes in called “NNNN (No Name No Number). There were a few additional songs that weren’t on the albums promo release but I’ve added them on the end.. They are “Hell Yeah”, “Inflow”, “Mobscene” & “No Pain No Gain”.

Did FLINT do the right thing by calling it a day before even giving it a chance? Did they expect too much too soon? What’s your favorite songs from the above?